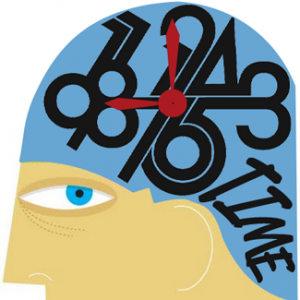 Is that a huge mental block you got their sir?

Well sir, it does not appear to have a foundation to stand on, how is it not falling down?

Not sure, it’s just how it has been since it was built, I never thought to test its stability…I just accepted that it was built correctly.

This is my life…this is your life…it’s a mental thing.

A book that gets heavy use in my household is one by the name of Rework by Jason Fried & David Heinemeier.

A revolutionary manifesto on the direction of business, and one that goes on to blow away some of the most conventional beliefs we have both as individual employees and leaders.  Some points in the book can be borderline extremist, but that is the point:

To evolve in business (or life) we need to test those theories (or thoughts) that have been established, either directly or indirectly, as the foundation to our existence as human beings.

These words are typically preceded by something to the effect of “I really want to, but…”

What does that mean that you really want to….but…don’t have the time.  How do those two independent clauses even come to be in a union?

Wait…I have the answer…that friend of yours that goes by the name “I don’t have the time” is someone you think is your friend but he’s really your enemy…a secret identity, disguised to hide his true colors…and when exposed, you are really meaning to say that “It’s not a priority”

But this doesn’t relate to you, does it? It’s too far fetched…or is it?

In a Bureau of Labor Statistics survey on “Time Use”, it concluded that we as individuals have a faulty impression of how we use our time in this go-go of a World we live in.

We all have the same amount of time in any given week, but we see some people on one side scaling their careers to new levels, while those on the other side are suffering from “not having enough time”.  The fact remains, though we often claim to be victims of being “too busy”, we seldom really think through exactly how we are using our time on a day-to-day basis.

And as it was concluded in this Bureau of Labor Statistics study, though the majority of us use the excuse of being “busy” and “starved for time”, it is more a subconscious way of illustrating that we matter to others…or put another way, it makes us feel important.

Here’s the thing, I am being blunt and to the point here because I was a victim of this way of thinking too…and still am at times.  I look to you reading this article as a friend, one that if I can just help finally recognize this way of thinking for what it is, that you can move on to testing these walls for stability.  That once you find it’s validity to be non existent, that you will move on to being more successful in your day to day life and in your career overall.

To evolve in life we need to test those thoughts that have been established, either directly or indirectly, as the foundation to our existence as human beings.

“To evolve in life we need to test those thoughts that have been established, either directly or indirectly, as the foundation to our existence as human beings. – @prepineer” – Click to Tweet

So here’s our strategy in commencing the war on this unstable “I don’t have the time” wall that we have built…here’s your first two counterattacks:

They say seeing is believing, and in this instance, it’s no different.  Keeping track of our time is the first step to exposing that disguised ‘enemy’ of ours.

For one week, commit to writing down everything you do in a day, and you will see real quickly the amount of time you spend doing mindless things like checking Facebook and Twitter, and other time syncs like watching the boob tube.

When we actually put it in writing and visualize it, we can’t honestly tell ourselves we “don’t have time” when we see that we are checking Facebook 10 times a day and sitting on the couch for 2 hours watching some reality show.

Expose your thinking for what it is:

The next time you want to tell yourself “I don’t have time”, switch it up to what you really should be saying…”it’s not a priority,” and see how that feels.

You will find often that this is a fairly accurate explanation of what you are really thinking.

If these phrases don’t sit well with you, that’s the point.  Internal conflict is not comfortable, never will be…but we are pushing our conventional way of thinking to expand our minds and overall push our careers to new levels.

If you want more in your career, there’s no real secret. It’s about adjusting your priorities and your perception so that progress becomes an extension of who you are and what you do.

Now for some action…be honest, in the comments, what is one thing you can do TODAY to start taking control of this valuable commodity we know as time.

This is an article I wrote for Engineering.com where I provide practical insight and wisdom to those preparing for the the FE Exam and the Professional Engineer Exam. 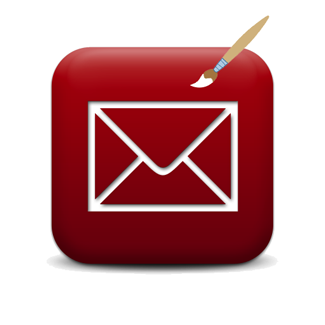 I used to be terrible at email.

And you probably still are.

But it’s not because you can’t write eloquently, or that you can’t get your point across…you likely write a whole lot better than I ever will.

Its just human nature…we are born horrible at everything until we put the time in to mastering and understanding the art of whatever it may be.

Email is an art?!

You see, before I understood this art of emailing other people, I was like anyone else looking to connect with someone. I would sit down, crank out a detailed message, click send, and say to myself “boom, that one’s gonna be the one!”

Other than the fans spinning in my Macbook Pro….silence.

Enter, my typical “Why am I not getting a response” thought process routine.

“Man, did they get my email? Did it get caught in the spam?!”

Check the sent folder, it’s there…read it, wonder…”Is there anything offensive?”

You know this feeling, don’t you?

Emailing our family and friends is one thing, getting influential people to respond to emails is another…it’s an art.

Influential people are people of exceptional value, hence the reason they are influential. They are where they are because they are taking action in doing the things they need to do to advance their careers as individuals…and dissecting their email isn’t something that is likely high on their list of things to conquer.

So we need to provide golden nuggets when they do in fact hop in to their email.

So what can you do now to instantly see your response rate go up? Be human, have empathy, and stop hurting other people’s brainiums.

Sometimes our mind can wonder so much that we find ourselves in full on robot mode, shooting out words simply as electronic beams across mediums, taking any and all emotion, empathy, and consideration out of the process.

This creates a stiff, one-sided message from the start. Though it is the individual skills that we possess that will be the base to our success, it is the human-to-human connection that will be the accelerant to any real progress in our careers.

Spend some time to get to know the individual you are contacting. These people have families, hobbies, and other activities that they spend their time outside of the office doing, and in a world of “everyone needs to know my business” (ie Twitter, Facebook, LinkedIn, etc)…a little effort can go a long way.

Before you send your email out, take a look through it and ask yourself, what’s in it for them? If you are seeing a lot of “I”s and “me”s, then there isn’t much hope that you have a bunch of “you”s bringing the balance back in to your recipient’s favor.

If you can’t define that benefit for the recipient of your email, then you might as well change the To: address line to head directly to the “trash”…you are more likely to get a response there.

I know you are really busy, but I am the greatest thing since the snow cone. I do a lot of reading and I got a really good grade in hydraulics. Aren’t you looking forward to writing me back?

If you find that your email answers the ‘what’s in it for them’ question, then go one step further and make sure that that answer isn’t so wide open that it hurts your recipients brain…or in other words, makes them work any harder than they already do.

Here is an example of what not to do:

I know you are really busy, is there anything I can help you with?

Great intentions, but hurts the brain. Why? You are creating work for the Individual because they have to actually stop and think…which when you are already busy, is a sure bet to hurt the ol dome piece.

I know you are really busy, and noticed your latest post on Twitter saying that you couldn’t figure out how to do X in Excel. I’ve put together this document to show you how I typically complete this task, I hope it helps!

I will put a Caillou Christmas movie on the line to say that you are more likely to receive a response when you are more concrete and definitive in how you can provide value to them. The less brain power needed to process, the better.

So like with any idea, it’s the ACTION that makes the tactic come to life…now I want you to do two things:

Number One – Do you have a friend that is in need of help in building their network? Send this article to them so they can start getting better results in their efforts today.

Number Two – Looking at email through this lens, can you identify from the messages in your inbox what makes one good and what makes one bad? If so, share in the comments.

And in a house with two baby girls, that Caillou Christmas movie holds some pretty solid weight…holler if you hear me!